It's time for Friend Makin' Monday hosted by Kasey. If you'd like to join...go check it out!

Today's task is to answer the following questions:

You wouldn't be caught dead where? a strip club.

Do you have any hidden talents?I can pick stuff up, anything, and operate things like c.d. players (that are on the floor), using only my toes!

Name two things you consider yourself to be very good at: debating an issue, cooking.

Name two things you consider yourself to be very bad at: singing, organization

Have you ever won a trophy? I think I may have received a participation trophy for softball. Also I won 3rd place in our all school (7th-9th graders) spelling bee in 7th grade - I got a ribbon.

Name one thing not many people know about you: I'm pretty open...I don't know of anything very secret about me.

Name your earliest memory: Living in some brown apartment buildings when I was 5. My mom was a single mom and it was just us and my 3 year old brother. We went to the babysitter's when she was at work, then came home and played around the apartment with the other kids. Looking back it was pretty ghetto, but that's what she had to do at the time.

What was your favorite musical group in jr. high?: You're kidding right? 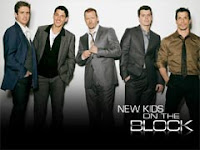 What was something the worst roommate you ever had did?: The only roommates I've had have been my sister (she lived with her mom, so it was only on weekends!) and my husband! As far as roommates go I think I've been lucky!

When you were a kid what did you want to be when you grew up? A lawyer

What was your worst dating experience? My dad was really strict, and had a strict curfew for me. We were on a group date for a school dance...I was with the boy I was madly in love with (Boy Of My Dreams) for most of high school, and we were running late. Nate, a mutual good friend of both myself, and Boy Of My Dreams Offered to call my dad and explain the situation as he was the driver. He called and said "Mr. B, this is Nate, a friend of Xazmin's, I'm driving tonight and wanted to let you know we're running behind, so she'll be a little late." My dad responded "No she won't, whatever you're doing ends now and you bring her home".

We were at a restaurant and had just ordered dessert to finish the evening off. Our entire group had to get up and leave before our food came so they could bring me home. I was mortified.

If you were about to die what would your last meal be? Either some Mexican food, OR some spicy seafood, depending on my mood on the day of my death!

Who is the most important person in you life? My Savior

If your house was on fire what 3 things would you grab on your way out? Assuming they have to be things and not people (the people got out safely, right?), I would say...My laptop (all my pictures are on it), my camera (more pictures), and my container of important documents (the one that exists in my dream-world where I'm organized and have said container filled with birth cirtificates, deed to my home and other important documents).

There! Everything you never knew you always wanted to know about me!

The Savior being the most important person in your life made me a little teary. And the date experience was hillarious. OKAY not then, but it is now. Being a parent of a teenage girl I understand where your dad was coming from.
Have a good day.
Sandra

Your date story was SO funny!!! My dad did that once too. Except I didn't call...I just showed up late and got yelled at. Big time.

Ohhh that is a funny bad date story!

Fun to learn 'stuff' about you. Now, get out there today and buy a fire proof box. One part of your dream world will become a reality just like that.

lol Im a toe picker upper too. I also pinch with my toes!

too funny about the date! I also can pick things up with my toes!

The date story was funny! I can pick things up with my toes to --LOL.
I have everything in a firebox. TFS
Loved all your answers

Oh go NKOTB. The date thing was a bit crazy and sad. Hope you have a great Monday.

NKOTB was your favorite group?
I am so surprised by that answer! I had no idea!

Love, love, love your dad! THAT is fantastic and I think our dads would hit it off.
:)

Hi there! Good list! Funny about your toes - I wish I could do that! Have a great FMM!

Oh my, what a bad date! How embarrasing! At least your dad cared about you though!

Participation trophy? So cute!! I think I got a few of those as a kid, too.

just catching up and wanted to say hi...i {heart} you!!! hope you had a great weekend!! It looks like you did!!

Too funny! I may just have to do this too!

Ah yes, protective daddies. I had one of those too! I'm thankful for him now, but man did I hate it then!

Great answers...from one NKOTB fan to another!

LOL about your dream documents container.

WOW...all you ladies that can do all these things with your toes! LOL

Everyone had to leave...OH NO!

Glad I'm back, I'm off to see what all I've missed.

when i read this list, i thought, xazmin would be picking nkotb. seriously, i did think of you!

I've never heard that date story...awesome!!!:-) Perhaps I could share some of our idiotisms with the world, those are hidden talents, and things that no knows about!

I said "strip club" for #1 also! HA! It's fun to read your stories. Did you get to go out with BOMD again after the Dad incident?

your toes?! wow! that's impressive! and I have to say that your date story was really awful, and I felt embarrassed for you reading it, and I can relate to the early curfew!

Oh, yes. How could I forget NKOTB? But...I must admit I wasn't the fan back in the day. It was my sister who had the poster on the wall! Don't hate me, OK?

Totally agree with #1...maybe I should have said that. And, weird about your toe functionality! ;) I love that you wanted to be a lawyer. Remind me never to get in a debate with you!

Ahhh, I forgot to ask you, did you forgive your dad or does do you hold onto it (in a good way, of course) my husband's the same way, i hope one day they all laugh about it :)

That was fun! I'm a toe picker-uper too! LOL!