So, forever a little while ago, my sweet friend Tanya over at Frou Frou Britches gave me a little award.  You should seriously check her out - she is so one of my favorites!  And since I have taken forever to post it, and I have missed out on Friday Confessional for too long, I decided to combine them - because I'm clever that way.  I was given the Versatile Blogger award - basically because I am just all over the place!  Here's what it looks like: 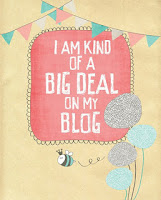 1 - I confess that I have some FB friends who I would like to delete, only I can't because it would be very obvious if I did, and it would cause hurt feelings and drama.  Don't worry - no one who reads this blog.  I think.  I mean no one who I KNOW reads this blog, anyway.

2 - I confess that judgmental people bother me.  But what bothers me more is that I know I am one.

3 - I confess that I have watched this video about 13209 times already.  I watch it at least once a day.  Sometimes more.  Partly because I want to memorize it, but mostly because it is 1 minute and 16 seconds of  pure awesome.  I don't care who you are - it is awesome.  Just watch it - you'll see.

This was a fan-made video, and it blew up - we're talking the news, the official team page, the players tweeting and facebooking it.  It has been adopted as the team anthem and I'm going to be one of 20,000 strong singing it on March 17.  I can't wait.

4 - I confess that I would rather wait in line behind 11 people at Walmart, rather than use the self-checkout lane.

5 - I confess that I cannot stand Adele.

6 - I confess that Cowgirl lost a tooth Tuesday night, and the tooth fairy has forgotten for 2 nights in a row now.  Thank goodness she remembered to set an alarm to remind her tonight (techinically LAST night by the time you read this).

7 - I confess that this isn't the first time that the tooth fairy has forgotten her duties.  Or the 2nd or 3rd even.  What can I say?  Mother of the year right here.

Whew!  Feels good to get that all off my chest.  Now click the button if you'd like to link up some confessions of your own - or just read everybody else's deep dark secrets!

you really ARE clever.

you don't seem judgmental, not really. i mean i think we all have our won ideas about things and when someone does things differently or feels differently about something it can often ruffle our feathers, but i think that is human nature.

giiiiiiirl your tooth fairy needs to be fired. make it up with lots and lots of glitter fairy dust.

everything is better with glitter.

It's not that I dislike Adele; it's that I am over how much everyone gushes over her. You know?

With my nephews my parents are the "tooth fairy". Lol. 5 bucks a tooth they leave. I remember back in the day it was a dollar!

The tooth fairy forgot once with Turbo. She attempted to be sneaky and put the money there while he was in the bathroom. I think he might suspect something, but he's not saying anything because he has a well developed greedy streak in him.

I want to delete FB friends too and I'm scared I will hurt their feelings because it would be obvious! Oh man! What to do?! Good luck!

I had that same issue with wanting to delete some coworkers from FB... and they only had a few friends. My solution? Block them completely - so that I no longer show up when they search or anything like that. I was hoping maybe they'd just think I quit FB.

I think maybe that might be mean. But it was the best I could come up with.

Being a tooth fairy can be tricky business. :)

If I deleted all the FB friends that I don't actually care about I'd have like 20 friends left. LOL
We're gonna have a Tooth Fairy visit coming soon...Kolton's got one hanging by a thread.
I love that award! I AM a big deal on my blog. Dang it!

Stopping over from Mamarazzi's- surely the toothfairy is allowed pardon as she's the fairy of so many other things? As my nanna says: 'Multi-taskers us mums may be, but elephants we're not!' I'm the most forgetful person ever, so I dread to think what'll happen when Isaac is old enough to need a toothfairy!

I liked that video, my daughter is home visiting this weekend and she liked it too. Oh, the tooth fairy, yeah, we struggled with that little chore. I have to remind myself to stop judging all the time,so I have to step away from the world often and chill. I like to combine things too :)

I just recently deleted a bunch of my FB friends because they just weren't going any where and we didn't talk, ever.

I think that everyone is judgmental. I have some rather judgmental tendencies, that's for sure.

& I agree with Mamarazzi's comment up top: everything is better with glitter!

Stopping by from Mamarazzi's link party.

First off, I love your blog. The colors and way its set up is awesome. So so cute!!
There are a few people I would like to delete from FB as well, but it would cause drama around my neck of the woods also!

I'm with you on wishing I could delete a few ok A LOT of fb friends. I have hid quite a few though. Shhhh, don't tell.

Are you judgemental? I picture you more as opinionated. I am sooo not judgemental, now that doesn't mean I don't say things about people or state my opinion I definitely ain't perfect yo!

What an awesome video. Super catchy. Hey Miss Judgemental what did you think of the main guys nose rings? hee hee I kid I kid.

What no self checkout? Ahhh that is sooo much easier sometimes!

I LOOOOVE Adele. Her voice is Ahhhh-mazing. I think me & Shortmama is gonna have to play it non stop when we visit just to annoy you a little. Ahhh I can;t wait!

WHAT??? My kid would be CRUSHED if the tooth fairy forgot. She would vow that she wasn;t real & it would NEVER be forgotten. Your kids must be way more laid back than mine. LOL.

way to go! I got that award and forgot to do it in return. I need to get to that! I have also forgotten the tooth fairy as well! I told my daughter that she didn't get my email! Mother of the year here too!

haha @ the tooth fairy forgetting...I'm worried I am going to forget when my kids finally start loosing their teeth

I am with you on the tooth fairy thing. We never could remember. Finally we just started giving the kids a dollar and telling them that the tooth fairy was busy and hired us to help out.

And about waiting in line at Walmart--I am with you there as well. I HATE the self check out. I think it is so impersonal and arrogant of a store to offer it. So I refuse to use it. I suppose one day I will give in, but I don't see it happening any time soon.

I LOVE that video - even if I am an FC Dallas fan - we have NOTHING like that!!