Pretty much.  That's how I feel.

Not EVERYTHING in 2012 was horrible.  I had the great delight of meeting and spending time with several blog friends that really, I consider IRL friends.  It started out with Sami, which led to spending some actual time with Evelyn (we had met very briefly before), then Vivienne, followed by MiMi (already had met!), Myya and Amanda.  THEN I also got to meet and spend time with Emmy, who introduced me to Involuntary Amy (who I hadn't previously "known" through blogging).  Sounds like a lot of fabulous meet-ups, huh?  Well they were!  But then I think somebody decided I had had too much greatness and that the rest of my year should be the suckiest year ever.

I meant to do a series of blog posts to catch up on the wonderful trials that were thrown our way during the 2nd half of the year - but I just couldn't bring myself to do that many whiny blog posts in a row.  So I decided to just do a brief (or maybe not so brief?) re-cap (via bullet points - or asterisks, because I'm too lazy to format bullet points) for you in one long, whiny blog post.  You. Are. Welcome.

* The night I met up with Emmy and Amy, I started to get a sore throat.  By the time Emmy dropped me off it had developed into full on body aches, chills and a fever.  Then came the coughing.  I haven't been rid of that dang cough since.  Yep, still coughing the following January.

*All the hard work and stress that Tanielle and I put into our first ever self-hosted boutique was rained out, followed by a big pregnancy scare for me.  You can read about that here.

* I blogged about the too sudden departure of my dad from this life here. 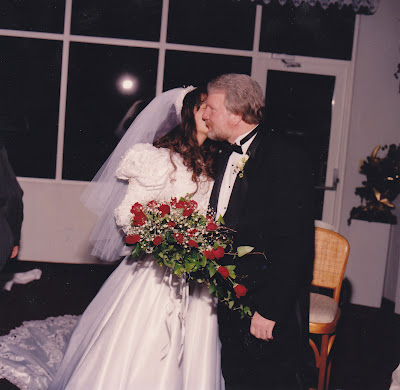 Picture I didn't have a digital copy of when I did the post about my dad.  I miss him.


* I was still coughing and Tanielle's kids were suffering from a stubborn summer cold.  Or so we thought.  Turns out it was Pertussis.  Yep, whooping cough.  Before the diagnosis, Tanielle had brought some food over to our home, upon the news of my father's death.  My kids went out to the car to visit and play around with her kids.  Nice, enclosed space.  Lots of coughing.  Pretty much both of our whole families ended up coughing a lot.  She had confirmed Pertussis diagnoses for all her kids.  I didn't have everyone tested, but did take a couple of mine in and got a confirmed diagnosis.  Antibiotics for everyone!!  My family didn't suffer nearly as much. Since we knew we had been exposed, at the first onset of symptoms we were put on treatment, and it significantly reduced the intensity of our symptoms.  But it still sucked being quarantined, and taking care of everyone while exhausted and pregnant.  T's family ended up miserable, exhausted, and 1 baby in the hospital.  No fun!

*After the bout with Pertussis, I thought things might start to look up.  But instead my mom fell when going out her back door, and landed on her wrist.  Breaking it.  This was the first time it struck me that I was really worried about her being all alone.  She had always been my dad's caretaker, but at least he was THERE to know if anything happened, and he could get help if she needed it.

* My cough finally started to subside.  For like a minute.  Then it came back full force, and it was worse, and it HURT!  By this time I had significant baby growth, my abdominal muscles were weakening, and the coughing fits caused so much pain that I was sometimes brought to tears.  There was a point when I was sure I had developed a hernia from the coughing it hurt so bad.

* After a couple weeks of the really horrible coughing, it eased up a bit.  Just in time for me to get the phone call from my mom's friend that they had been out walking, and she slipped on the ice.  She got back up and seemed okay, until they passed a sign that was reminding the Relief Society sisters to come for a special holiday program that night.  My mom turned to her friend and asked her what it was.  You can imagine how this alarmed her friend, since my mom was the one in charge of the program and had been working on it for weeks.  We're talking assigning speaking parts, putting together costumes for each of the women in the presentation, assigning people to bring refreshments.  She had been at my house just the day before typing up the program.  That was a lovely day spent in the ER - time that my mom still doesn't remember, weeks later.  She had quite a concussion, but thankfully no fracture or internal bleeding.  The short term memory from BEFORE her fall came back as the hours went on, but she doesn't remember much from the day OF her fall, including falling.

* Still coughing at this point and getting really sick of it.

* The bright shining moment of the second half of the year was our school's musical production of Joseph and the Amazing Technicolor Dream Coat.  Bookworm landed the role of Joseph.  Cowgirl was part of Pharaoh's Court, as well as the ensemble chorus. 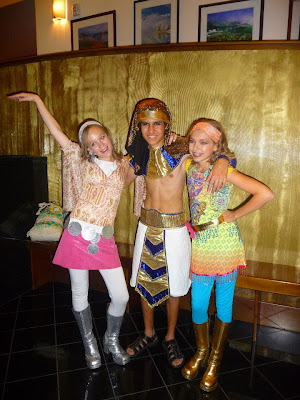 It really was a spectacular production - I can't even put into words what an amazing job our director and cast did.  You would never believe it was just a public school musical if you didn't know better.  I'm sad that we didn't have the budget to purchase recording rights to the show, because I don't have any video of their performing, and it really was such a proud moment for Hubby and I.

Now back to the whining...

* During the time leading up to the play, I was still coughing like crazy.  I had to OD on cough medicine just to be able to attend the performances without being a completely disruptive presence!  But worse than that was that Bookworm and Cowgirl both got my cough just in time for the show.  Luckily the Robitussin seemed to keep it under control enough for them to perform.

* They started to get better until the couple of days before Christmas.  Then here's how it went: Monkey had to be checked out from school the last day before Christmas break with a fever.  She spent several days just crappy feeling, and hanging onto that fever.  Cowgirl got it the day before Christmas.  Both got to celebrate Christmas morning with fevers.  Monkey felt so crappy that she didn't even want to open her gifts.  That's a sad situation for parents who are so excited to see their little one open her gifts!  My cough flared up again, Hubby woke up a couple days later with body aches and chills, as well as a cheerful dose of vomiting.  Everyone in the house except bookworm is coughing.  Monkey and Cowgirl take a turn for the worse, and have to be taken into the doctor the day after Christmas.  Not only do they have lovely hacking coughs and fevers, but they also have severe ear infections.  Pretty much the entire break has been spent with the majority of our family being moderately sick, or sometimes very sick.  It's been awesome - lemme tell ya.

At this point everyone is feeling mostly well, but with a few of us still coughing.  The Salt Lake City inversion is not helping.  Nobody has fevers or earaches, or chills anymore, but everyone is still exhausted from trying to "do the holidays" while being sick.  Luckily, our Christmas break lasts until the 7th.  hopefully everyone will be feeling ship shape by then.

But here's the thing.  Even with all that crappiness, I look around and I know I have so much to be grateful for.  Although we've dealt with sickness - I have a healthy family.  I don't have a child with a terminal illness, or sever emotional problems.  I have a husband who is able-bodied and willing to work hard to take care of our family.  I'm married to a man who is a generous husband and loving father.  I have children who try hard to do what's right, and treat others with kindness.  I have close relationships with those in my extended family and they are positive parts of my children's lives.  I have amazing neighbors and friends.  I really have too many blessings to even begin to name them all.

So I guess instead of bitterly bidding good riddance to 2012, I will just happily embrace 2013 and count on it being a better year than the last!

I hope everyone has had a great start to the New Year!
Posted by Xazmin at 1:04 AM

Oh geeze girl that really did suck! You totally have something to complain about. And I had no idea you were feeling that awful by the end of the night-- you sure hid it well and were still so fun to hang around with.

And man I almost feel like a bad omen after reading this as it all seemed to go downhill after meeting me- yikes!

Here is to hoping 2013 is a wonderful year for you.

Ugh, I hate being sick, and persistent coughs are the WORST! Glad you're feeling better. I hated 2012, and I'm so happy we're in a new year too. Here's to a much better year!

I hope that 2013 is a much better year for you. It's great to see you blogging again.

so glad to see your blogging again! I think 2012 really knocked you and your family down, and, aside from the lingering coughs....you sound like you are on your way! Welcome back!

Wow, what an awful year! Mine was pretty... ahem, not pretty as well. I am so sorry to hear about your father. And your cough. Emmy said she feels like a bad omen, so do I!
Your kids are adorable in that picture.
And I completely understand about a forever long cough. I once had a hacking lung splitting cough for 6 months. It was awful. I hope you all get better soon.

Sorry it's been a rough year! Hoping 2013 treats you much, much better!
And I think sometimes we have to whine a little. :) (At least I do!)

Well 2012 was the worst year of my life, so I was happy to see it go too! :) I HAD NO IDEA YOU WERE PREGNANT! Just thought I should shout that! :) CONGRATULATIONS! Here's hoping 2013 is the BEST!

Just read this post and I totally agree. Gooooood Riddance. I lost my mother back in June and it has just been a terrible year. I'm excited for 2013 and I pray we will all have a fantastic year this year. Happy New Year.