Sorry I'm a little late again today...I've been getting ready for a Young Women's Program that we have going on tonight. But I couldn't leave without filling you in on the Fabulousness that was Saturday Night!

It. Was. AMAZING! In person, they were more fantastic, more sharp, had more amazing bodies! Everything was spectacular! We had so much fun. Even if we did stand in line at Chili's for an hour, even though they had told us the wait would be 20 minutes, and after an hour they told us they still weren't sure how soon we'd be seated and we were afraid we wouldn't get there in time, so we ended up leaving and going through the Wendy's drive thru, ordering off the dollar menu, with plans to have dinner AFTER the show! How's that for the longest run on sentence ever?

So we had our little Wendy's to tide us over until after the show, and we headed to the E Center. We got there in plenty of time, and had fun just people watching, and hanging out.

Then the show was on...and it was awesome! Oh, I bet you're wondering how this ties in with 27 Days of Thankful - day #10! Today I am very thankful for my camera. It's a pretty good little camera without being over the top expensive (since I really don't know much about photography!) It takes great pictures, and pretty good video! Oh yeah, I totally broke the rules and recorded a bunch of the dances! My cousin J got in trouble for recording right at the beginning...but I made it through the whole show without getting caught! Yay me!

So here's a recap of the night in pictures!


Tanielle and Xazmin...cheesing for the camera before the show. 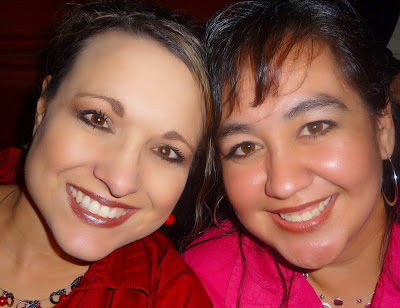 Melissa, Kayla and Jeanine...this was the "superhero" dance...it was so fun with the top 3 girls! 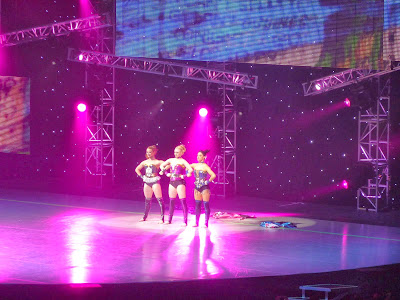 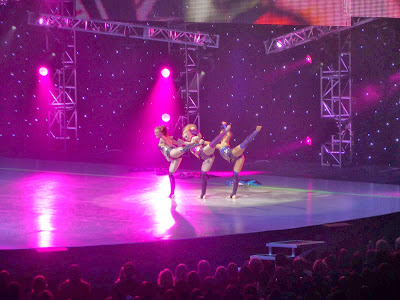 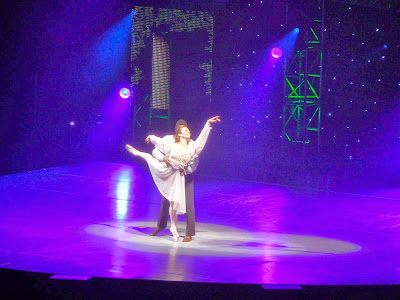 Oh, ALSO...I won a Brandon T-shirt! It was a "text message drawing". I'm pretty sure everyone who entered won...but whatever...I got a BRANDON shirt! I love that guy! 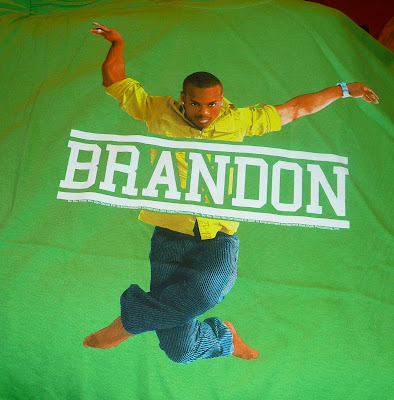 Here's J attempting to eat a Big Mouth Burger from Chili's. It was really funny, she said, "I'm not really that hungry, so I'll just get a hamburger". Then this thing shows up! It was hilarious. I have a cute picture of my mom and J, but my mom hates it, so I won't post it. 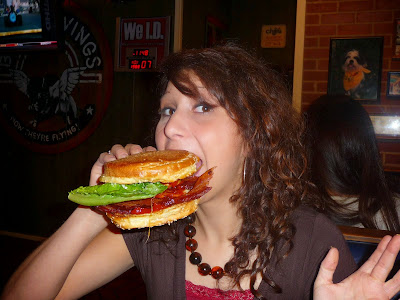 Now you didn't think you'd get away without seeing a few of my "unauthorized video recordings", did you? The camera takes a few seconds to focus when the lights go up, but then I think my little camera does a really good job!
Here's my boy Brandon, and his partner Janette. I believe this is a Samba, but I can't say for sure...whatever it is...it's HOT!

Next we have Phillip. He is this AMAZING popper who was so popular, that even though he didn't end up in the top 10, he was invited on the tour anyway, because there is just no one else who can do this like he does!

I have like a dozen more videos! But I'll just end with this video of what is known as the Zombie Routine. This is Jason and Kayla, and he wants her to be a zombie...watch for the part where he "breaks" every bone in her body and drops her to the floor...it is so cool!

And that was my amazing evening of SYTYCD! I'm already saving my money so I can go again at the end of this season! Thanks for putting up with my obsession I love you all!

Go check out my friend Amanda for more 27 Days of Thankful!

Hey!!! I am going to comment on this later (how in the H&^&% did you get such good seats...your photos are freaking awesome), but I was wondering if you're having any trouble with posts updating in your dashboard?? This new post of yours didn't show up in my dashboard, and it didn't update on my blogroll list either (my blogroll shows the most recent blog on top). I clicked on your link just to see and saw that you had this post up. I noticed it's the same with Bienvenue.....

Fabulous photos. I can tell you had a great night out, and I am so glad Tanielle was able to go too. No barfing? Yay!
:)

So incredibly jealous! I'm glad you had such a wonderful time!

Oh my goodness! That last one was AWESOME!!!!! I love the part where he's breaking her bones!
You are so lucky you got to see it IRL! : )
You guys are so flipping cute, btw. :)
And? Wendy's rocks.

Look like you had fantastic seats too!! After the first few episodes of this season, I can't wait to go to see the show LIVE!!

I am SO thankful that you posted the zombie dance. I LOVED that one. I think it was my favorite!

You had amazing seats!

How fun!!! So glad you were able to see it live as you are definitely one of the biggest fans of the show I know.

So glad you all had a great time!

What a fun night! And you guys are ADORABLE!!! I bet you had just the best time!

That hamburger picture cracked me up!

LOVE SYTYCD!!! I am totally jealous right now! Looks like you guys had an amazing time! Great pics... and seriously doesn't that always happen with the huge hamburger (or whatever it is) when you are not that hungry! :)

That was seriously sooo much fun!!!! Thanks for the laughs, and glad you were able to go up on stage and krump for everyone!!:-) Awesome indeed!

Love the pics!!!! The videos are amazing! I'm lovin' the first one of your boy Brandon and that second one of Philip is off the hook!! He's so good. It's amazing the things he can do with his body...I had to watch it twice. Love the zombie dance too! Thanks for sharing your fun! You and Tanielle are simply adorable!!

Hope you're having a great week!!

You two have so much fun together. What a blessing to have such a good friend.
Sandra

I will admit it, I am a little jealous, it looks like you had soo much FUN!!

glad you had fun...did you see Tiburon's back-stage pass photos? She was there too.

i had no idea who the people were...but YOU would!

You are so lucky! The dancing is amazing!

Obsessions are fantastic!! I have plenty of my own--thanks for sharing yours with us:) Glad you had such a fantastic time!

Obsessions are fantastic!! I have plenty of my own--thanks for sharing yours with us:) Glad you had such a fantastic time!