I confess ...
I have 1,667 emails in my inbox. Because I never delete 'em. And I can't delete the whole inbox, because some emails have information I need.

I spent about 20 minutes the other day going through and deleting/saving different emails individually, but then I got tired of it. So I didn't make much progress.

I'm mildly depressed that today my baby brother turns 26. My BABY brother. I am not old enough for my BABY brother to be 26! Booooo. 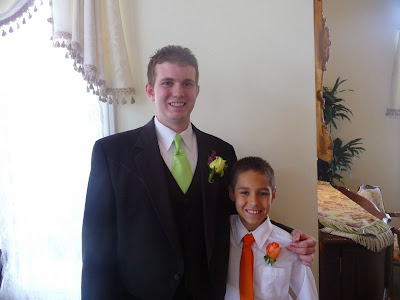 Bookworm with Baby Brother at his wedding 2 years ago.
I confess ....

that I thought it was hilarious when Tanielle and I went to the McDonald's drive-thru late last night to get ourselves some Dr. Peppers, and then when we didn't think they were very good, we went to the Carl's Jr. Drive-thru and ordered new Dr. Peppers, and when we got up to the window and the lady handed us our drinks, we gave her the ones from McDonald's and told her they were yucky and asked her to throw them away for us. She didn't even think we were funny at all. Whatever. We're freakin' hilarious. 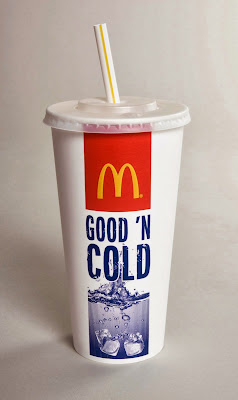 It was only cold, not good.

that I went back to bed this morning after my kids went to school, and didn't get up until I absolutely couldn't wait any longer to pee, or my bladder would explode.

that I have never, EVER wanted to say the F word at a sporting event (and I've been to a lot), but that I wanted to REALLY bad on Wednesday night. The Mexican team played SUPER dirty, and the stinkin' refs were missing EVERYTHING. I didn't say it though. But I wanted to. Really bad.

that these pictures break my heart every time I see them, but they are plastered all over the internet, and I can't stop looking. After a gut-wrenching, stomach-punchy, devastating 1-0 loss to Monterrey (who played DIRTY, remember), that brought our 37 home-game undeafeted streak to an emotional end, my boys simply sat down on the field where they stood, in disbelief and heartache. And sadder still, when Chris Wingert finally composed himself, and did his traditional "fan appreciation lap" where he circles the whole field applauding the fans around the stadium. 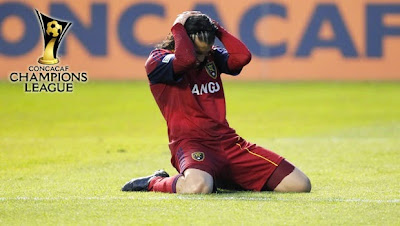 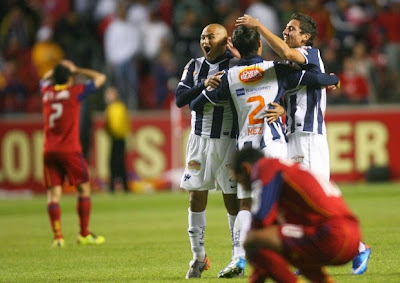 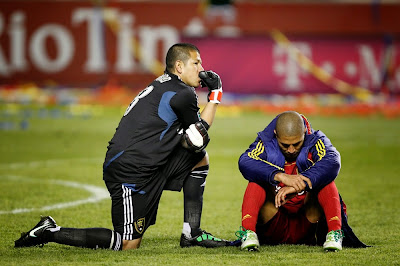 that I still couldn't be more proud of all they have accomplished so far, and in such a short time - and that I am super excited as we now return to the regular Major League Soccer season that is just beginning. I'm predicting we'll take the MLS Cup again this year!

That every time I talk about soccer, I wonder if my obsession is "endearing" to people, like JennyKate's obsession with Twilight and Edward, or if it's just super annoying to people. 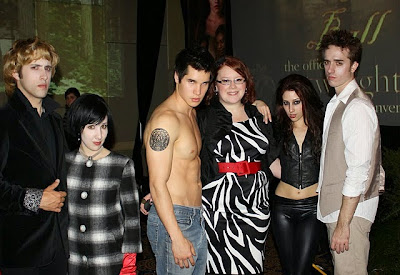 that I keep trying to come up with more confessions to type about, because when I am done with this post, I have to get up from the couch and do housework. And I don't wanna.

Have some confessions of your own? Type them up, click the button and link up!!

Those pictures of your boys are SAD.
I wonder if the refs are the same refs that ref the Blazer games...they miss ALL the dirty tricks other teams play! :(

Those are the saddest things I've seen. I'm sorry.

Is it sad that I'm only almost 2 years older than your baby brother? I wonder if that's how my brother feels about me. LOL!

And I thought the switching of the Dr. Peppers funny. Wonder what her problem was? :D

I've done the same thing but from one Sonic to another. I was expecting them to give me my second one for free since clearly the carbonation was off on the first, but I was mistaken!

Awe Boo I'm sorry your team lost. Poor reffing {is that a word?} and dirty playing, that sounds like a 12U softball tournament here!

How cool are you lifting a picture from JK's blog?!!?

The DP confesstion cracks me up! The chick at Carl's Jr. needs to get a sense of humor!

So so sorry about your team. I am a total yeller at sporting events, especially when the refs are stupid.
And it is cute and enduring :)

And the Dr. Pepper thing is hilarious!!

Oh and I totally have the same inbox problem. It was over 1000 and I got it down to about 450ish but still way too many

I love JK and all her obsessions and I love you and your soccer obsession. It's just precious! I also think it's funny that you really wanted to say the F word! You're so sweet! =)

i am dying over the Dr Pepper scenario...you ARE hilarious.

oh and YES i am slooooow getting to everyone, but i am determined to catch up!!