Learning from a Local Legend

Our family had the great honor this weekend to attend an evening of celebration.  It was an event to honor an amazing musician.  Jack Ashton.

My son is amazingly fortunate to be taking private violin lessons from Jack.  He had to audition to get a spot as one of his students.  When his previous teacher first referred us to Jack, I googled him.  I found that he was quite the accomplished musician, principal violinist in the Utah Symphony, and was highly admired within the Utah classical music scene.

We have been with Jack for about 2 years, and have come to know that he is much more than an amazing violinist.  But it wasn't until last night that we all realized just what a privilege it is for Bookworm to be studying under him.  He is truly a legend among elite musicians.

The night was put on by several former students who have gone on to become masters (maestros even) in their fields.  As we were sitting watching a skit/musical number being put on by 3 men honoring Jack, Bookworm exclaimed, "Hey, that looks like one of The Piano Guys!  Wait - it IS one of The Piano Guys!"  If you don't know who The Piano Guys are - you have GOT to check this video out.  I don't care who you are, or what your passion is - this is simply amazing.  (This is one of the guys (a former student of Jack's) who was hosting the event - he writes the arrangements, then plays all the parts, and puts them together.)

This is an 8 part arrangement he put together, and then played all the parts.  It's incredible

Another of Jack's former students, the one emceeing the event, has gone on to compose beautiful orchestra arrangements, one which was performed on Saturday night.  It was a total Mr. Holland's Opus moment.  An orchestra made up entirely of Jack's students and former students, Jack took his place at the front, and conducted 3 pieces.  It seriously gave me chills and took my breath away.

For Bookworm, it was an experience he won't soon forget.  It was so inspiring to see the impact Jack had made on the lives of so many, and the brilliant musicians they had gone on to become.  We felt truly humbled to be a part of this night, and to see just what could possibly be in Bookworm's future if he sticks with it, works hard and follows the instructions of this amazing teacher, musician, mentor and friend. 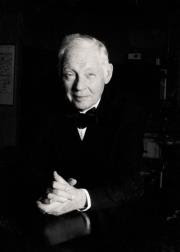 I'm thankful to have music in my life, and especially grateful to have my children love music as much as I do.

And special thanks to Mom's Best Nest for spotlighting me today!!  Go check it out!
Posted by Xazmin at 6:45 PM

That is seriously so so awesome! I watched that first video- and yes anyone and everyone should love that!

So. Lucky your son gets to be taught by such a great teacher.

I am a new follower from Flock Together Tuesday Hop, http://momisblessed.blogspot.com/ . Hope you can drop in, say hi and follow back. Thanks.

Oh Xazmin that gave me major goosebumps! How exciting!! That will be a memory that lasts a lifetime. :)

I almost squee'd when I saw that you are the featured Feather Friend on Flock Together Tuesday - always fun to see people I sort of 'know'. ;) Congrats! :)

What a priveledge and honor indeed!

Thanks for linking up with us!

How beautiful! I'm so glad you introduced me to the Piano Guys!

How blessed to have this man's influence in your child's life. It also tells of your son's abilities to have been accepted. Congratulations!

So glad to have you featured no the Flock TOgether Blog Hop this week. Hope you make many new friends!

Music is such an awesome thing! What's even more awesome is that your son will have such a great teacher!

Wow. Just wow. What a great thing for Bookworm. Hope he is inspired and motivated.

The things he does with a cello is AH-mazing!!!

So cool that Bookworm gets to learn under someone like that!

Am I the only one in the world who doesn't know this guy?? I suck.

But I meant to say that it's awesome for you!!

How awesome is this! What an amazing experience for you guys. So is Bookworm going to give us a concert while we are there? :)

Wow friend! How cool is this post? Does Bookworm play that well too? Very inspirational!

Thanks for linking up! DATE NIGHT tomorrow!!! Our last one for a while...unless we watch the same smut in the summer! ;)

WOW, that is awesome! I bet you that must have made you feel really good!