Dear Floor, Please open up and swallow me.

I know I'm a day late, but I have one that's just too good not to share with MiMi. You know, for that Friday thingy she does. Soooo... 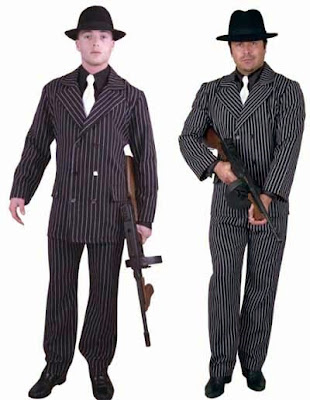 My son turned 12 on June 30th. That is another "milestone" birthday in our family. Turning 12 meant that he would be graduating from the Primary program at church, and entering the Young Men's program. He would also be ordained into the Aaronic Priesthood.

Bookworm has needed new church clothes for a while. His pants are becoming floods, and his shirt sleeves are pretty short. We decided that for the occasion, he needed a new suit instead of just a new shirt and pants.

So the week after his birthday, before Sunday arrived, we went out suit shopping. Hubby and Bookworm went in first. When I got in with the girls in tow, they were already being helped by a nice older gentleman. he was probably in his late 60's. Maybe 70. Anyway, Hubby tells me that these are a few of the suits they've looked at. Nice elderly gentleman holds up a black pinstripe suit. I tell him "No, I don't really care for pinstripes. They remind me of the Mafia." He went on to show us a few more, put together several different looks with different ties, and was just really helpful.

During one of the times Bookworm was in the dressing room changing I was looking over the different ties, and glanced up to ask helpful salesman a question. As I did I noticed his nice pinstripe suit.

I. wanted. to. die. I was so mortified. I just wanted to disappear the whole rest of the time he was helping us. I felt so bad, I told hubby to buy his shirt and belt there too.

Could I be more of a snob? I'm that customer who thinks she's "above" the sales staff, and therefore has no problem insulting their fashion sense. I'm the one he and the othere sales guys will talk about for years. That rude customer that made fun of pinstripe suits to the the salesman who was wearing a pinstripe suit.

The thing is I swear that a checked his suit before I said it, just in case. I swear he had a solid suit on when I brought up the Mafia!
Anyway. We got a nice suit, and my husband enjoyed laughing at me all the way home.
Top That.
Posted by Xazmin at 1:44 PM

Oh my, I am laughing my head off! Great story!

Glad I found your blog!

Oh that would be embarrassing! But Ive dont similar things like that before!

Oh, my that is halarious! I know it wouldn't be at the time, but too funny.

Don't worry too much about insulting the salesman. He's probably heard it all! I'll bet your son looks so handsome and grown up in his new suit. I love to see a young man all dressed up and unfortunately it is rare now a days.

I agree with Paula. I love to see guys dressed up!! Natalie pointed out that a girl (standing directly behind us in line at Target) had BLUE HAIR. I was embarrassed.

OR maybe he thought he was pretty cool because you assumed he was in the mafia... you know, some guys think the mafia is where it's at! Ha Ha HA, I am sooo laughing at you!

Precious story. Thank you so much for sharing it. I am still laughing. I am the queen of opening my mouth, inserting my foot, and chewing vigorously...nice to know I am not alone in this world.

And just this morning on our way home we were talking about snobby people - ha.

Footus in Mouthus. I've done it. I think I invented it.
Now.
You better watch your back, you could get whacked.

I'm with MiMi. He didn't at any point look like he was measuring your feet, did he? He could have been fitting you for concrete shoes!

Too stinkin' funny!!! Maybe he IS in the mafia and didn't take offense to it?! :)

Hope you're having a great week!!!♥