Because I have GOT to be dreaming, right?


My boys are touring again! 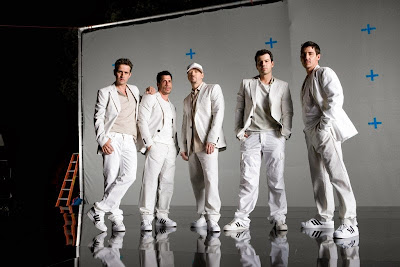 And even if you voted against them (that very small percentage of you), your boys are too! 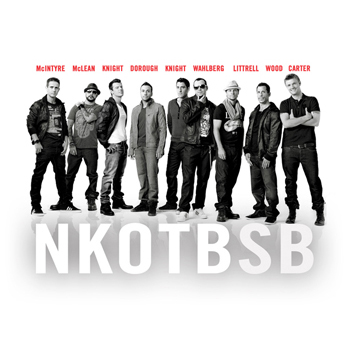 That's right - New Kids are touring with Backstreet Boys! Now if you read the first link above - you know that although my deepest loyalty lies with those fabulous 5 boys from Boston... I still very much appreciate the talent, and enjoy the music of the Backstreet Boys. Yeah, Tanielle and I are SO going to this one (please bless that they come to SLC so I don't have to drag her to Vegas). I've already threatened her that she better not DARE get pregnant this time!!

So when I found out that this rumor was true last week - I was walkin' on air. But it was as if the Concert gods just didn't feel like I had been quite rewarded enough...

Today I learned that BON JOVI is also coming in the spring! Bon Jovi = hands down best rock band of all time! Am I right? The last several tours they have bypassed Utah (boo), but they have finally seen the light, and are coming to my town!

Could my spring BE any better? I don't think so. Is there a musician, or group that you would absolutely NOT pass up, if they were coming to perform in your town?
Posted by Xazmin at 7:17 PM

Email ThisBlogThis!Share to TwitterShare to FacebookShare to Pinterest
Labels: concerts, just for fun, New Kids On The Block

LOL - I bet you are in heaven! I do habe to admit that I have always had a bit of a crush on Jon BonJovi!

I know you must be beyond yourself trilled! I'll keep my fingers crossed that it's a local concert!

Peanut came to me today to tell me that Bon Jovi was coming...umm I know she loves him, just like her Mamma but I do believe that concert will be a little much for 10 year old!

I am 56 years old and love to hear them sing. I know you are loving it. Hope you get to see them.

I was so excited when I got the email on this tour. I've seen them 3 times already...took my daughter to both of them. At the Greenville show, I took like 300 pictures...my seats were so awesome.

I just love you.

OMG! BON JOVI???? LOOOOOOVE THEM! I took my lil sis to see NKOTB way back in the day. I always liked BSB too. I did see NSYNC once with Hubby. We were the oldest ones there. HA!

YOU MUST GO SEE BON JOVI. I just wrote that in all caps so you could understand how much I meant it. I LOVED the Bon Jovi concert I went to earlier this year...my second favorite concert, behind the boys, of course!

Yay that is all kinds of awesome!!! I saw on Don't forget the lyrics that BSB were going on tour. How cool that it will be with NKOTB!!! Fun for you guys... I hope you end up in Vegas, I'd LOVE to hear stories about that trip :)

You really need to go see Bon Jovi. It was my favorite concert to date, and I've been to a few. I told Roon that if it all works out for him to go on his little man trip in March, he had BETTER bring me back a cool shirt. I already have one...but it's the principle of the thing, no?
I would LOVE to go see NYOTBSB, but Roon just laughed at me when I mentioned it. THAT is exactly why I need to live closer to you. You understand me.

Gah. I saw this and thought of you IMMEDIATELY. :)