Today I am officially the mom of a teenager.

I don't know if I'm more traumatized by how quickly my little boy is growing up, or by the fact that I'm OLD enough to have a teenager! GAH!
When Bookworm was a baby, he was so beautiful - with piles of black hair, dark skin, and big gorgeous brown eyes - that EVERYONE we ran into complimented me on how adorable SHE was. I would have him dressed in overalls and a baseball cap and people still thought he was a girl! 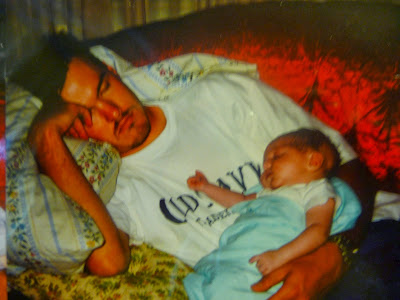 Hubby and I were pretty much zombies for the first 2 months - Bookworm did NOT like to sleep, or go long without eating. He slept the longest when we held him, so this was a common sight. 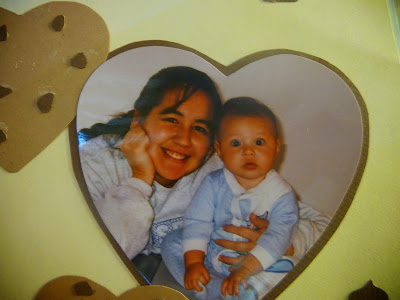 When he was 2 years old he saw a violin, and asked me what it was. For the next 3 years he asked me when he was going to get a violin. I finally looked into it, found a good rental program with a local violin-maker, and he started his violin lessons. It's turned out to be one of the best investments we ever made. He has now graduated from his beginning violin teacher to a professional teacher - one who plays second chair violin for the Utah Symphony! He has become quite a beautiful violinist, and continues to develop his talent, although I'm not gonna lie, he doesn't always practice without complaint! 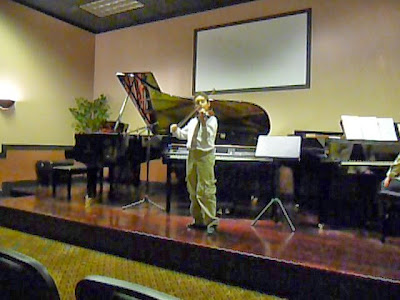 Bookworm's first word was "basketball", or as he said it "bakabaw". We often had the Jazz games on TV during his toddlerhood, and he thought all African-American men played basketball! We only have like 10 black guys in Utah (name that movie fellow-Utahns!) - so he only ever saw any on TV during the NBA games! It was pretty funny. Anytime we happened to see one of the 10 black guys in Utah at the store or something - he would point and say "Bakabaw! Bakabaw! Then he graduated to saying "Karl Malone! Karl Malone!" He is currently having a great time learning and developing his skills on the court with a local summer rec league.

He is also a fabulous artist. He loves to draw and each picture he draws amazes me more than the next. Of course he loves reading - hence his bloggy alias, "Bookworm". He is smart, and talented, and funny - and if you couldn't tell I am a little bit proud of him.

But more than his talents, or his brains, or his quick wit - the thing that makes me most proud is what a genuine good kid he is. He is kind and thoughtful to his peers. He keeps his standards high, in the way he talks, the music he listens to, and the things he watches on TVor in movies. He loves the Lord and tries hard to live the standards of our faith. He is a good example to those around him, and I know that this above any of his other qualities will take him so far in life. 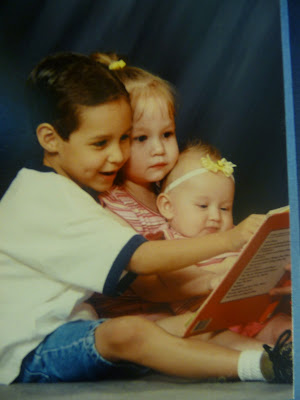 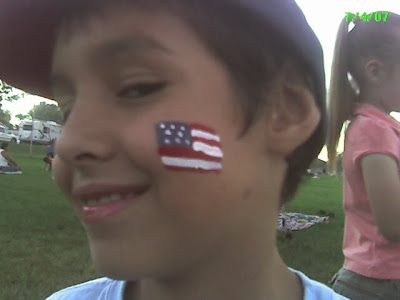 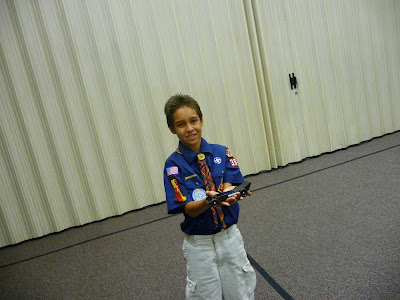 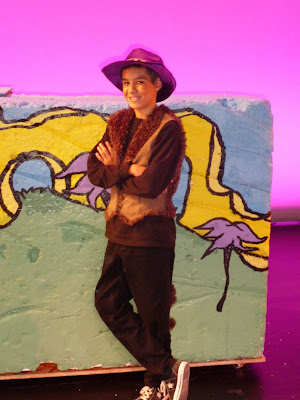 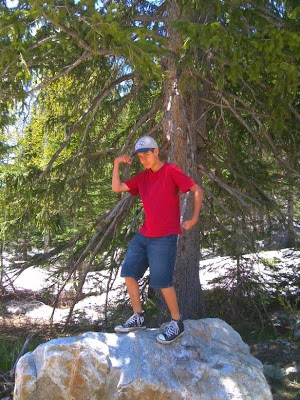 Happy 13th Birthday Bookworm! I love you more than life and couldn't be prouder of my oldest child, and only son.
Posted by Xazmin at 10:37 PM

Such a super sweet post to such an amazing kid!!!! When did our little kindergarten boys grow up to be this old??? Kinda makes me sick! :) I love ya my dear, and hope his birthday is a great one!!!

Happy Birthday to Bookworm!! Hope he has a really special day. :)

What a great way to celebrate your fantastic son! I bet he's that way because he has such a fantastic Mom!

Ugh, where does the time go??! Those photos are so very sweet. My oldest didn't sleep much either {and also loved to eat!}. Come to think of it, she still doesn't need much sleep :)

Happy Birthiday to your sweet Bookworm!

Wishing Bookworm a Happy Birthday and wanted to tell you what a sweet post that was.

Awww...how sweet! Happy Birthday to him!!!! I think I'm late but tell him anyways, ok?

Awww!! He's beautiful! Yer old. HAHAHA, just kidding!!!
I'm amazed how much Cowgirl looks like Monkey in that picture that he's reading to her and Pixie! Wait. Is Pixie her alias? I'm confused.

Happy birthday to your son! So nice to read your happy thoughts at this special time.